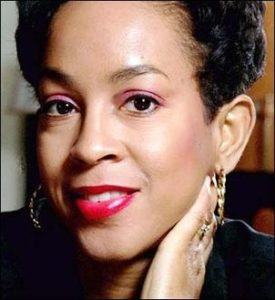 This year’s Black History Month’s theme is Black Health and Wellness and Bebe Moore Campbell was someone who epitomizes this theme in so many ways. She was a mental health advocate, teacher, and author whose writing was influential in bringing attention to the mental health needs of the Black Community. Her first book “Your Blues Ain’t Like Mine” was released in 1992 and was inspired by the 1955 lynching and murder of Emmett Till. Her second book, “Brothers and Sisters” was a novel written after the beating of Rodney King and the subsequent Los Angeles riots. It was a New York Times Magazine best seller just two weeks after it was published in 1994. Ms. Campbell was the founder of NAMI Inglewood and a powerful advocate for the mental health needs of the Black adults, children, and families. On June 2, 2008, Congress formally recognized Bebe Moore Campbell during National Minority Mental Health Awareness Month to bring awareness to the unique struggles that underrepresented groups face regarding mental illness in the US. She was born February 18, 1950 and died of brain cancer on November 27, 2006.