Honor Betrayed: Veterans’ Reactions to Sexual Assault in the Military

Dr. Hunter presents on the topic of sexual assault experienced by veterans of the armed forces. 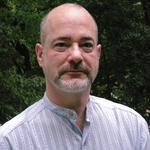 Dr. Mic Hunter over his long career was licensed as Drug & Alcohol Counselor, a Psychologist, and Marriage and Family Therapist. He has earned a B.A. (Psychology), M.A. (Human Development), M.S. (Education), Psy.D. (Clinical Psychology). He held the rank of Adjunct Program Associate Professor at Saint Mary’s University of Minnesota. He has spoken over 360 times to both professional audiences and the general public in America, Canada, Mexico, England, and Mongolia. He has been sought out by the print and broadcast media for interviews over 100 times, including CNN, Oprah, The New York Times, and Newsweek. He is the recipient of the Fay Honey Knopp Award “For recognition of his contributions to the field of male sexual victimization treatment and knowledge” which is awarded by the National Organization on Male Sexual Victimization. He was the first recipient of The Mic Hunter Award For Research Advances. Awarded by the Board of Directors of Male Survivor for his, “Ceaseless pursuit of knowledge about male sexual abuse in all its occurrences, of the eloquent dissemination of new knowledge in this area, and of the stimulation for further study and concern about revealing, treating and preventing male sexual abuse.